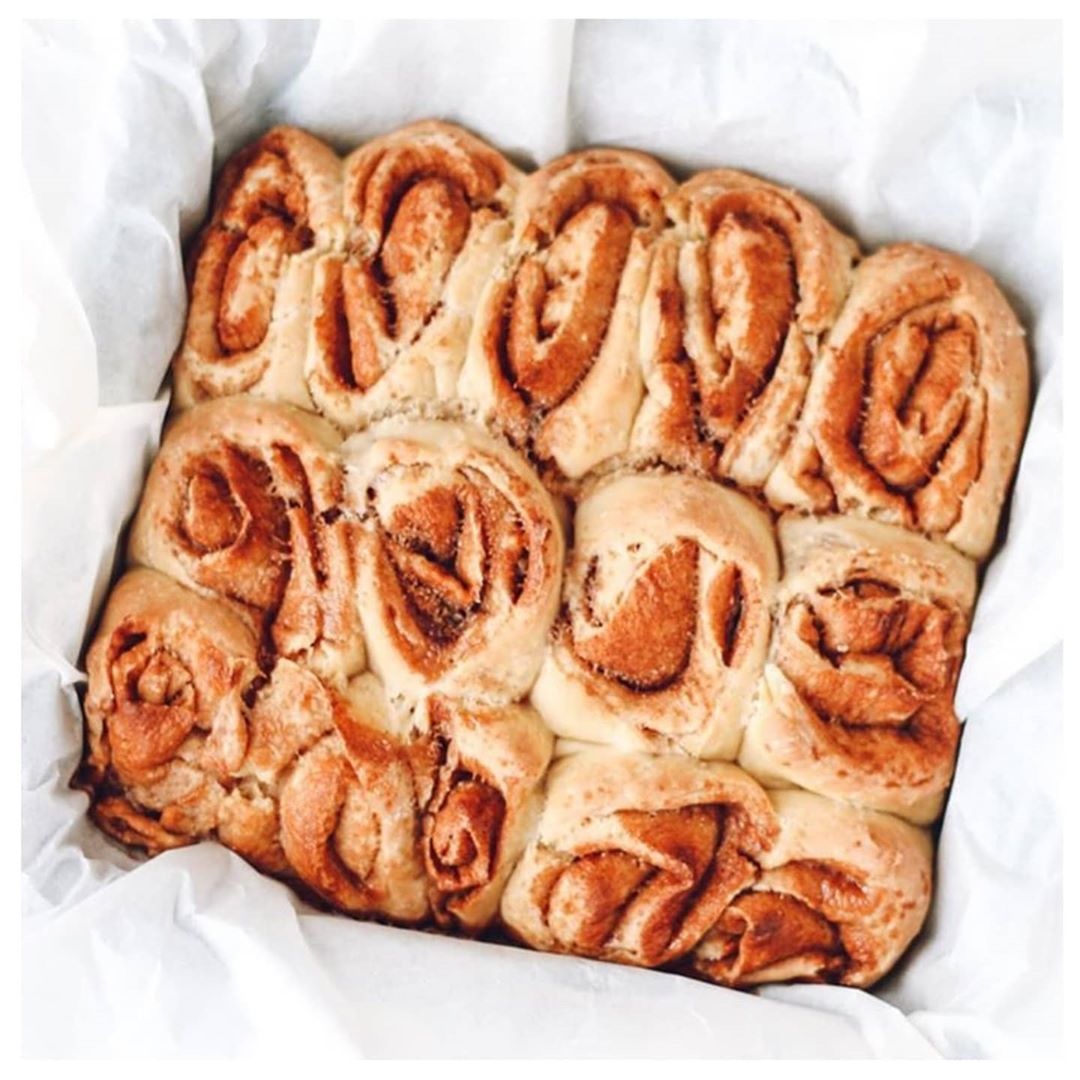 To roll into the buns:

How to make these delicious buns:

Preheat the oven to 180 degrees.

Make sure the butter is cut into cubes and is cold in the refrigerator. This has to be added cold to the dough. Heat the milk until it is lukewarm and pour in the bag of yeast. Leave this together until the yeast has become foamy.

Weigh your dry ingredients, flour and greensweet sweet cinnamon, and put them together in a mixing bowl. Add the egg to the milk and yeast mix. And pour all that together in the flour and the greensweet sweet cinnamon. Then take the butter out of the fridge and add it to your dough as well. Mix this with a pan scraper or wooden spoon until it comes together as dough. I prefer to use my hands for this step. So that the cubes of butter come together well with the flour. Cover your dough in the bowl and let it sit for half an hour.

Grab your dough and take it out of your bowl. Lightly sprinkle some flour on your work surface and roll out your dough into a slice of about 5 cm. In a separate bowl you can now mix Greensweet sweet cinnamon and the cinnamon powder. Sprinkle this directly on your dough and press with your fingers.

When you have spread the Sweet Cinnamon and cinnamon powder well over your dough, you can roll up the slice. Start at the bottom and work your way up. Roll up your cinnamon buns as tightly as you can. Then grab your baking tin there. Place a baking sheet here.

Cut your cinnamon buns roll into slices that are about the same size. Do this with a sharp knife to minimize spillage. Place all rolls side by side in your baking tin. Gently lift the rollers during installation. When everything is in your baking tin, you can cover it with a tea towel and let it rise in a warm place in the house. I did this in a sealed oven that was turned off. Leave them for another half hour. After which you can bake.

Bake the healthy sugar-free cinnamon buns at 180 degrees for about 40 minutes until golden brown. If you are just as fond of cinnamon then you will love the scent at home. Greensweet Stevia's Sweet Cinnamon is also incredibly fragrant and does very well in this recipe.