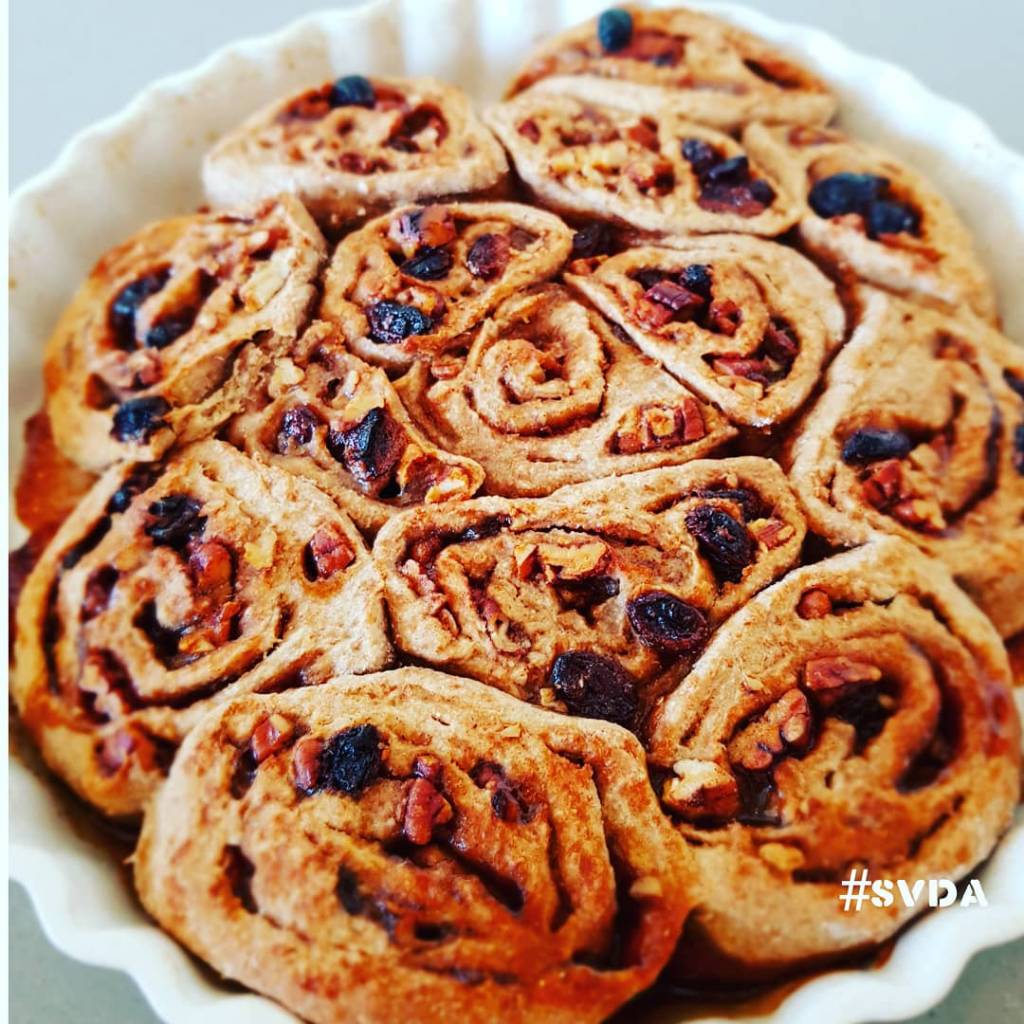 What do you need for about 15 rolls:

- 240 ml of almond milk mixed with 1 teaspoon of vinegar (if you leave this for 10 minutes, the milk thickens)

1. Sift the flour, the baking powder and the salt into a large bowl. Add the coconut oil, Greensweet Brown, almond milk and maple syrup and slowly scoop with a wooden spatula until a sticky dough is created.

2. Sprinkle some flour on your counter and scoop out the dough. Knead a ball of the dough. (the dough is soft so you will not have to knead hard) Put the dough in a bowl and put it covered in the fridge for 20-30 minutes. To prevent the dough from sticking to the bowl, you can also sprinkle the bowl with some flour.

3. Make the filling in the meantime

Put all the ingredients for the filling in a bowl and mix it with a fork. It is intended that it remains sandy.

Then melt 2 tablespoons of coconut oil

4 Remove the dough from the refrigerator after 20-30 minutes. Sprinkle your countertop again with flour and roll out the dough into a slice of about half a centimeter thick. Brush this slice with melted coconut oil, you do not have to make up, because what you have left can be used later.

5. Then divide the filling over the slice of dough. Make sure that it comes down to the dots in length, otherwise you will soon have two cinnamon rolls that are only half full.

6. Carefully roll the slab up. Cut this roll into small rolls of about 3 cm per roll. Put these rolls in a greased oven dish, preferably take a bowl where they fit exactly, because the rolls quickly sink in if they are not against a wall or other roll. Brush the top and sides of the rolls with the remaining coconut oil.

Put the cinnamon rolls in the oven for 15 to 20 minutes.