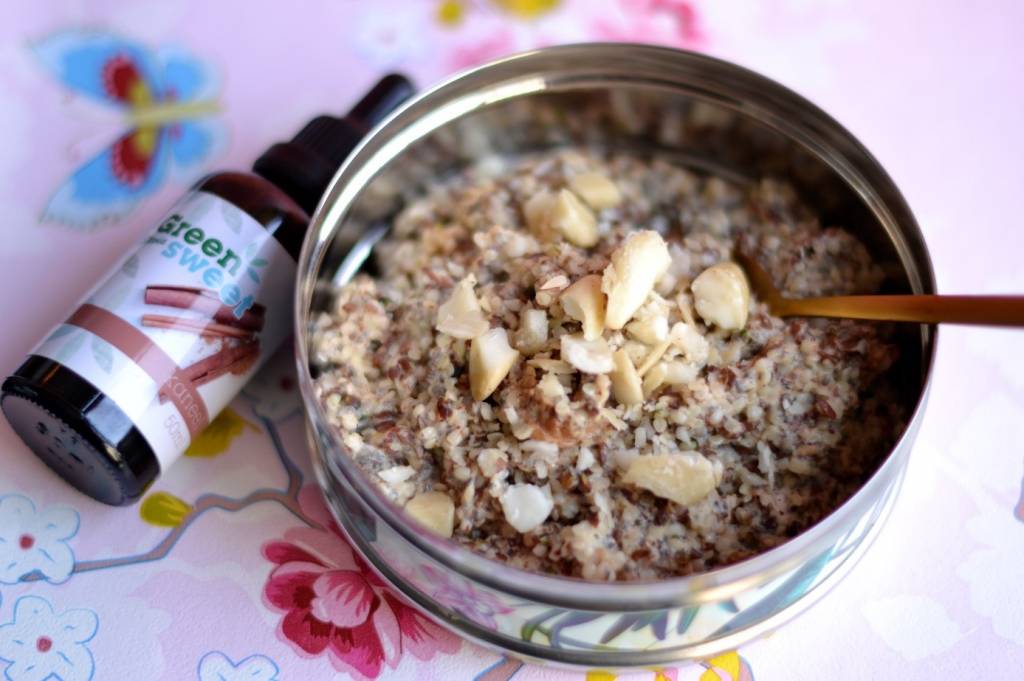 What do you need: 1 portion

Put the almond milk in a saucepan with the hemp (broken) linseed and chia seeds, MCT oil, peanut butter, salt and cinnamon. Put the pan on the fire and heat your porridge. Keep stirring while warming up.

When you have a porridge substance and your porridge is warm enough, it is ready. Season with a few drops of Greensweet liquid stevia cinnamon.