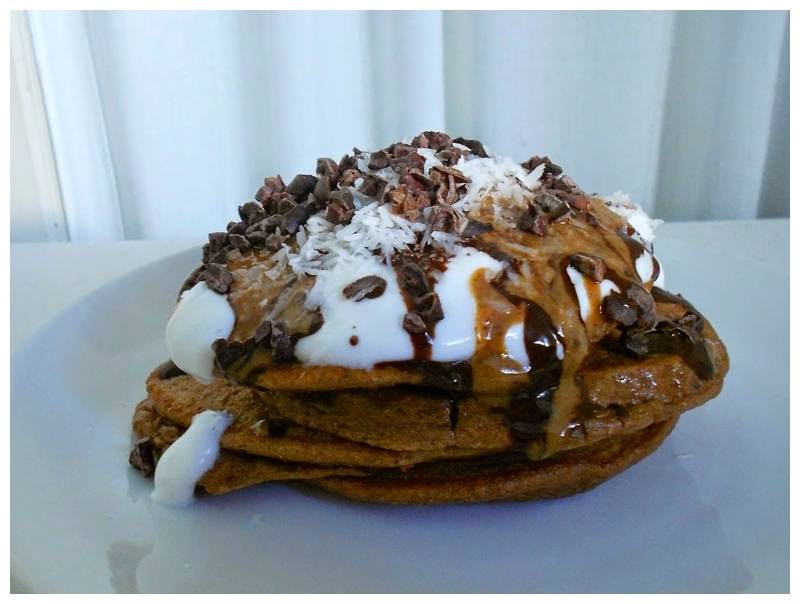 For the topping
1 block/10 gram melted dark chocolate (minimum 75% cocoa, I used 92% Vivani for this recipe)
1/2 tablespoon coconut grater
half a tablespoon of almond paste
a small tablespoon of cocoa nibs

Start by making the pancakes: mix the dry ingredients and the wet ingredients in separate bowls. When you have mixed both well, add them together in a bowl and mix briefly.

Melt some coconut oil in a frying pan and scoop some of the mixture into the pan with a gravy spoon. Bake the pancakes on low heat, when the sides have dried you can turn them over.

Meanwhile, mix the ingredients for the glaze.

When the pancakes are all ready, make a pile of pancakes and pour the glaze over them. Garnish with the toppings and imagine yourself in Bora Bora à la Bounty!